10 days. 240 hours. Uptown, downtown, all around the town. NYC is still, very much, a city of neighborhoods. It’s a city that invites you to explore as much as you can on foot or by subway (the fastest way to get around). A Metro card with unlimited rides on trains or buses for one week will set you back only $30.00, not as cheap as it used to be, but still a bargain compared to taxi cabs.

Instead of exploring NYC in one blog, I will write several (3), each one focusing on a different aspect of my recent trip.

Art is everywhere. From kitsch in store windows and graffiti, 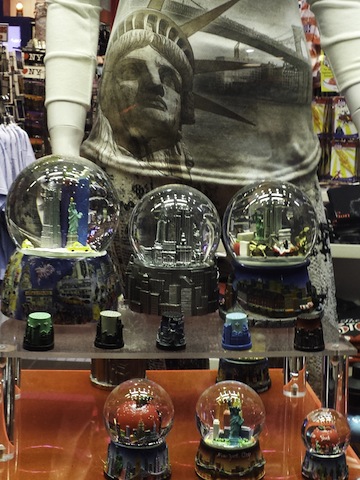 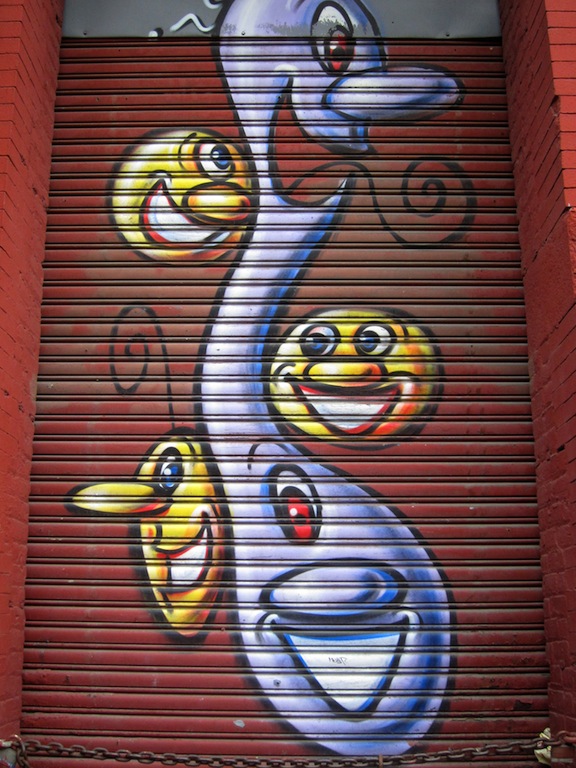 to this display by artist Korakrit Arunanondaci. “My Trip to the White Temple” is like a lacy cut out with a video in the center which changed as you watched and reflected the traffic passing by. I could have walked right by without noticing. It was magical. 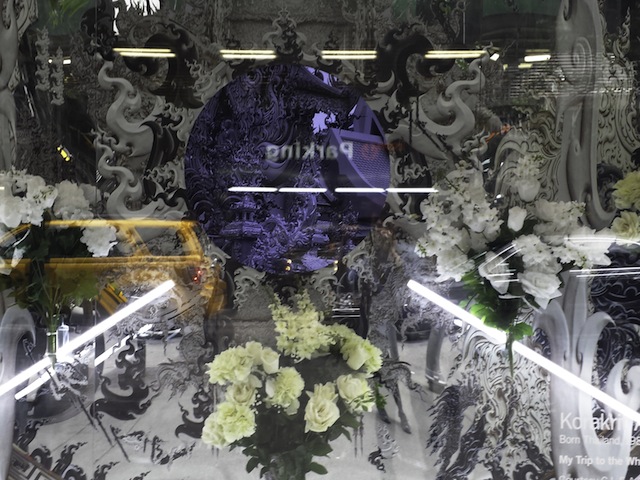 There is art on the High Line, but as I looked down at the apartment buildings, this sculpture by Charlie Hewitt caught my eye. 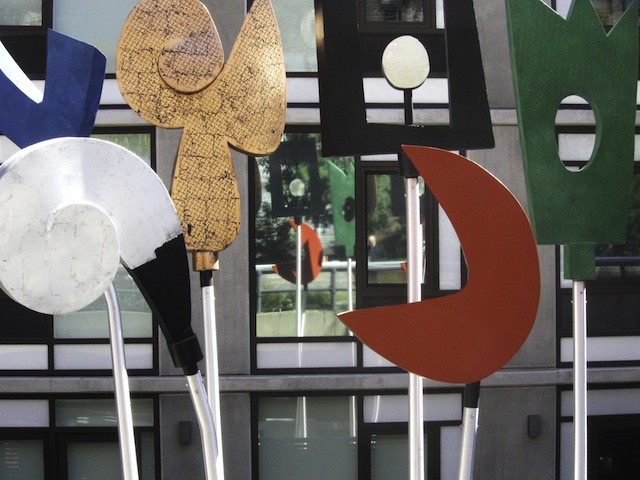 The architecture of the Metropolitan Museum of Art is noteworthy and so is the art inside. There is often a temporary exhibit on the rooftop garden. Besides the exhibit, the views of the city above the treetops in Central Park are spectacular. The current site-specific installation is “Hedge Two-Way Mirror Walkabout” by Dan Graham with Gunther Vogt, a Swiss landscape architect. Steel curves hold panels of two-way mirrored glass. The garden maze of reflections was fun for adults (mostly taking selfies) and kids running in and out. 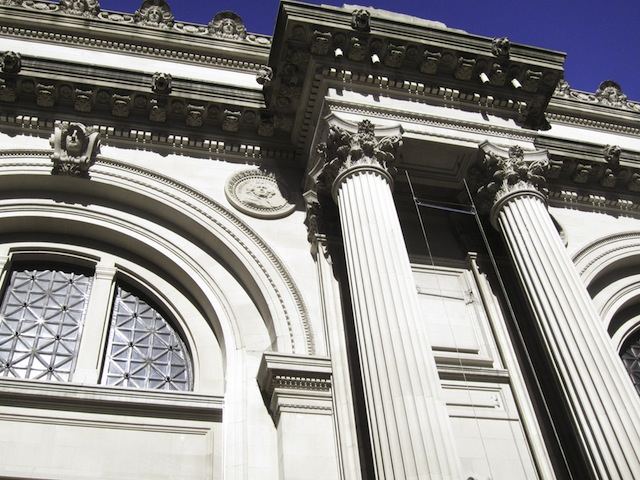 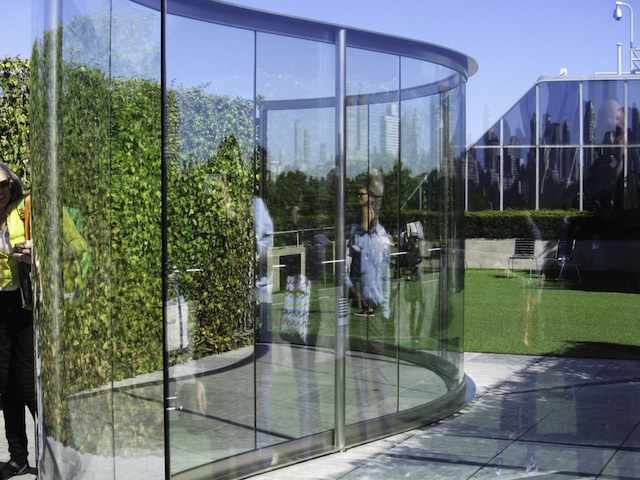 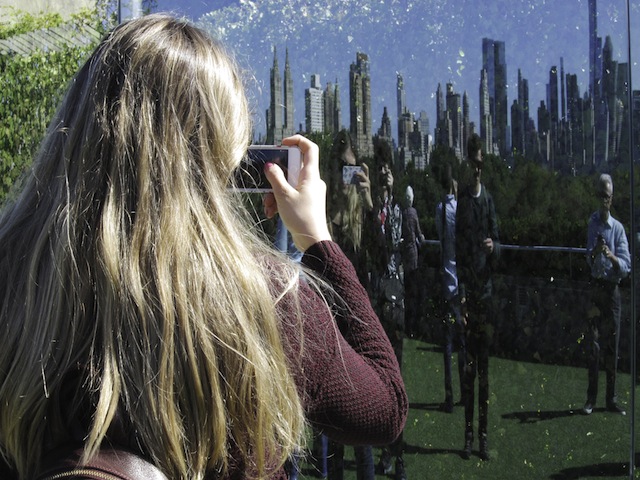 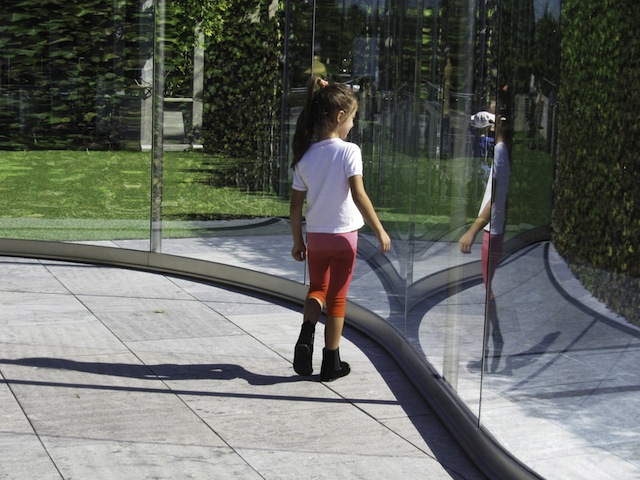 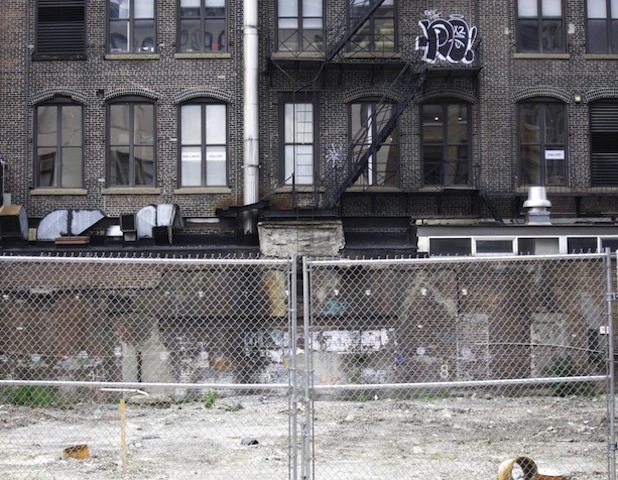 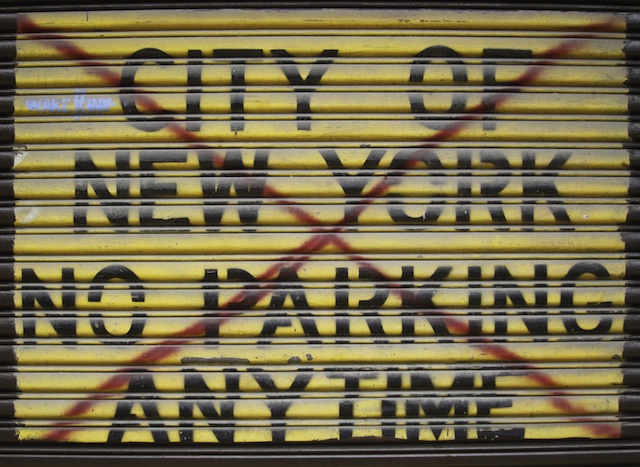 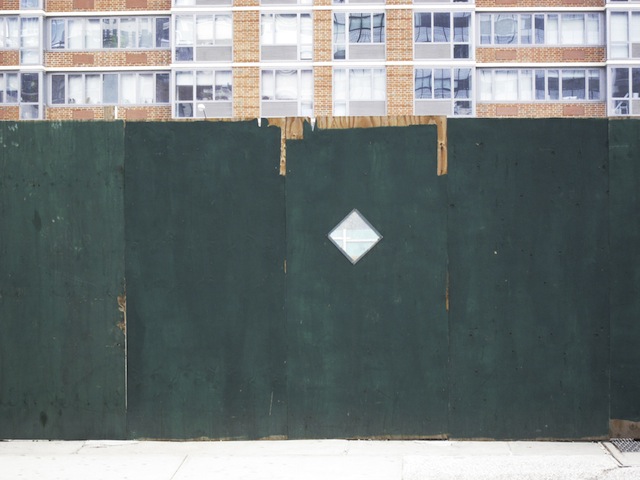 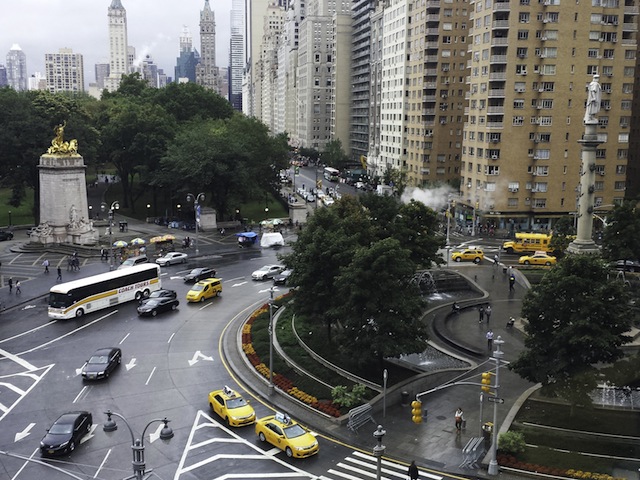 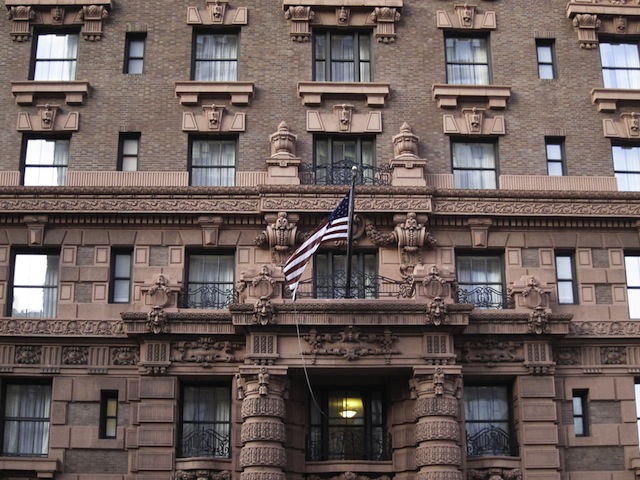 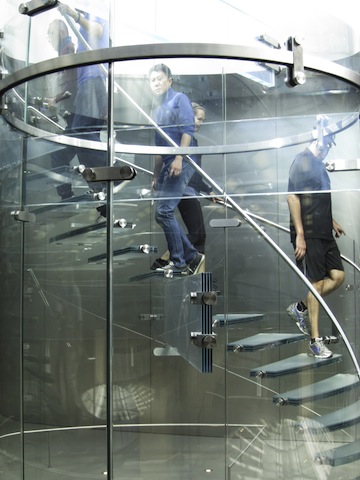 At the risk of being labeled “tourist” (which I am), I always look up (when not looking down). Often, several architectural styles bump up against each other like these along the High Line. There is one block in mid-town where I counted six different styles next to each other. 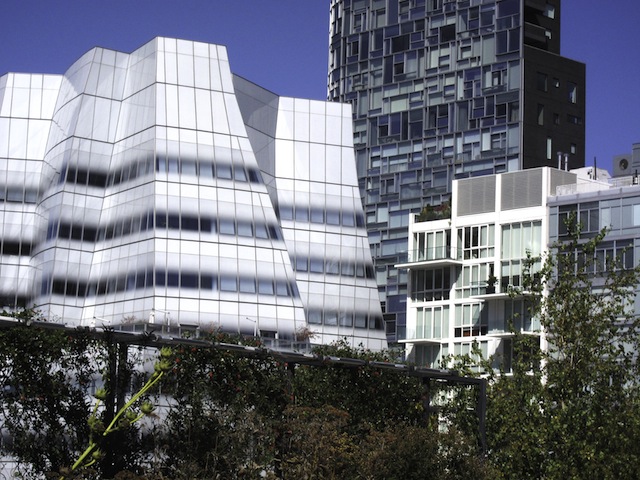 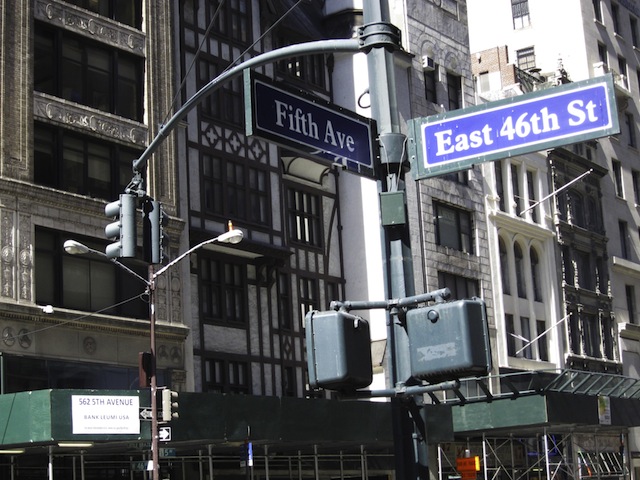 Patterns inside and outside are there for the taking. Greenwich Village, with its narrow streets and old buildings (now commanding sky-high rents) still feels like a “village.” It’s that NYC “neighborhood” thing. A quick subway ride to Christopher St. puts you right there. At its heart is Washington Square Park with its distinctive arch. 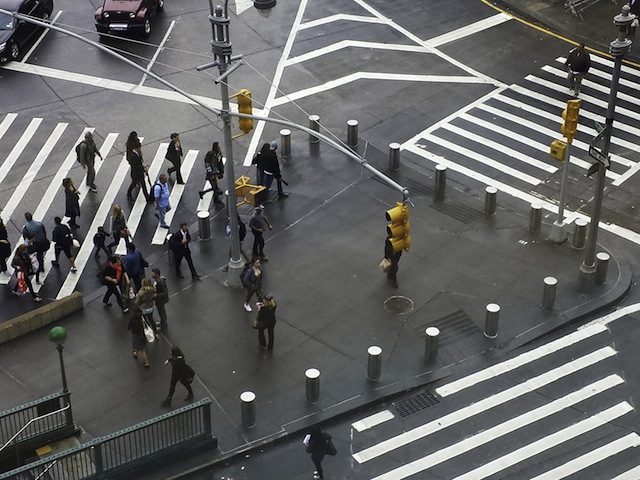 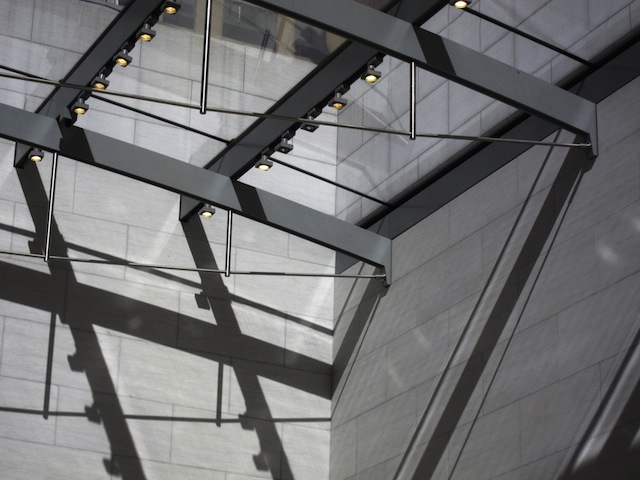 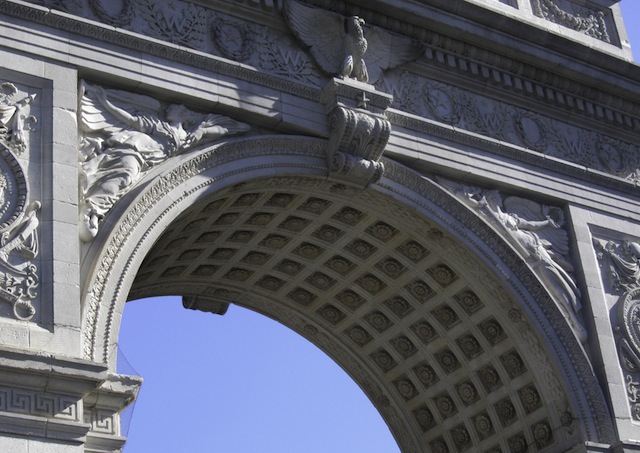 The area around the 9/11 Memorial is still under construction, but the Freedom Tower is finished and is reflected in the nearby building. 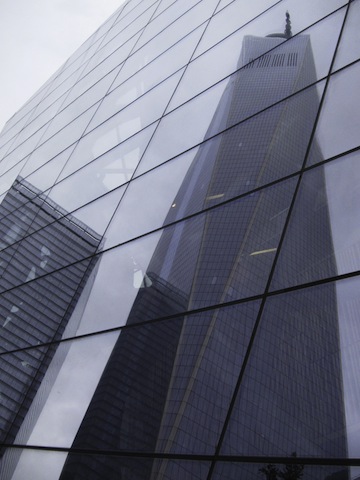 So much to see, so little time. 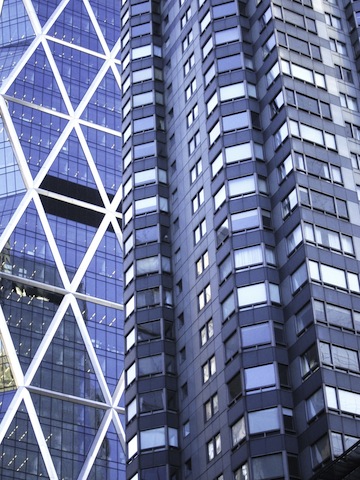