In a previous blog, “S” Is For Suminagashi, I described suminagashi as follows:

“Suminagashi is a Japanese marbling technique using special pigment inks. These inks are gently tapped on the surface of water in a tray with fine brushes. The movement of the water and my intervention moves the inks around creating swirls and ripples. The inks are intense but they appear pale and indistinct floating on the water. The magic occurs when the paper is laid on the water and lifted off. The marbled pattern appears!”

I wrote about how I used the marbled paper I made as the basis for collage, recycling pieces of prints (mine) and found paper to create a design where line, shape, color and texture work in tandem with the ebb and flow of the marbling, moving with it and against it across the paper.

I  wanted to do a project using haiku poetry in my work. Haiku is a form of Japanese poetry traditionally comprised of seventeen syllables in un-rhymed lines of five, seven and five syllables. Contemporary poets change that up a little using different numbers of syllables.. Haiku poems typically evoke an impression or feeling having to do with nature. Again, contemporary versions may stray from this strict definition and turn inward to express something more personal.

I took me a while to realize that combining a haiku with collage on suminagashi marbled paper was what I was looking for. And so, the Haiku Project was born. I reached out to you, my readers, requesting original haikus. You write the poem, I’ll use it in my art and credit you by using your first name in the title i.e. “Brad’s Haiku.” You responded, generously, sending me beautiful poems.

The collage is built in layers beginning with the marbled paper. 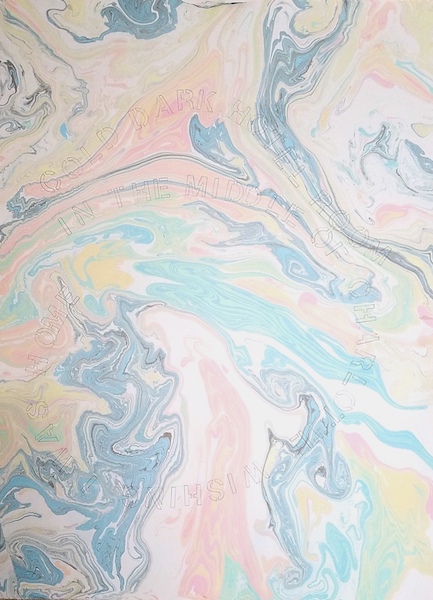 Next, I write the haiku using stencils with pencil and pastels in a pattern of movement that complements the flow of the marbling. 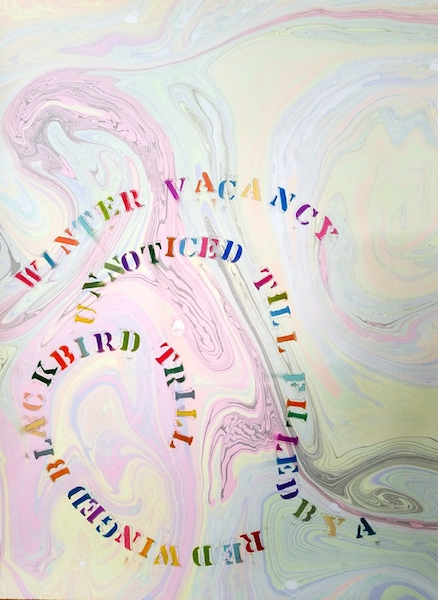 The cut paper collage elements are next. Here is a detail at that stage. 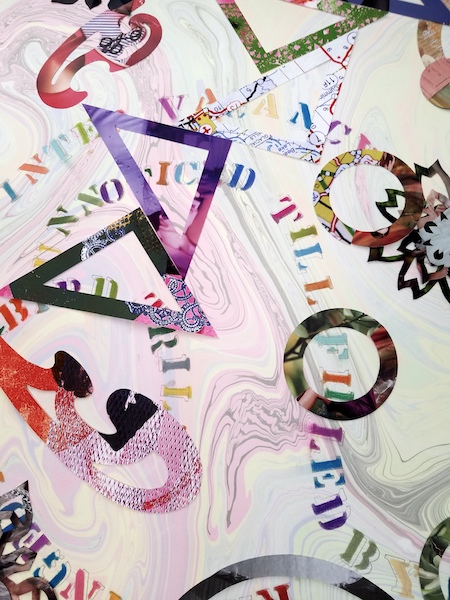 Last, the cut out letters (from print scraps) are overlaid on the previously stenciled letters. Still with me? A completed collage looks like this. 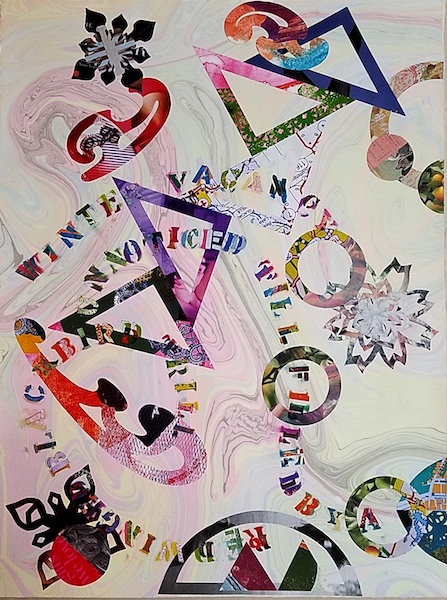 Here are the words for “Brad’s Haiku”, cut from print scraps, which will be the final layer in the collage. Yes, it takes good eyes and steady hands to cut and glue them. 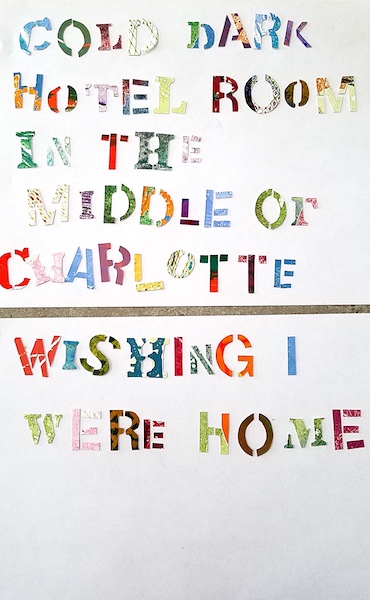 Here is “Brad’s Haiku” with stenciled letters and collage. 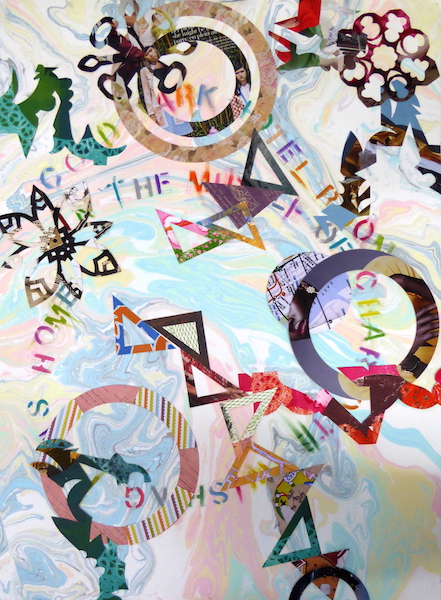 Here is the completed “Brad’s Haiku.” 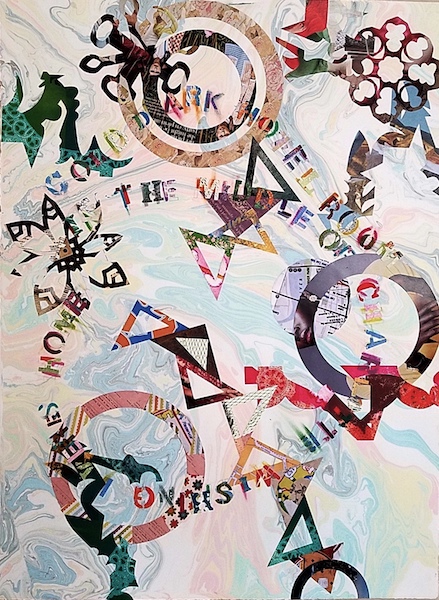 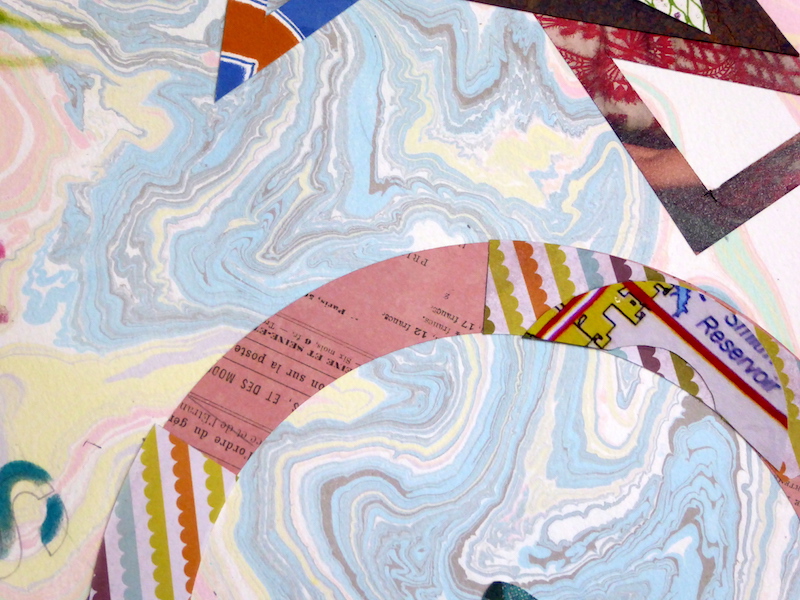 Here is the completed “Marla’s Haiku.” 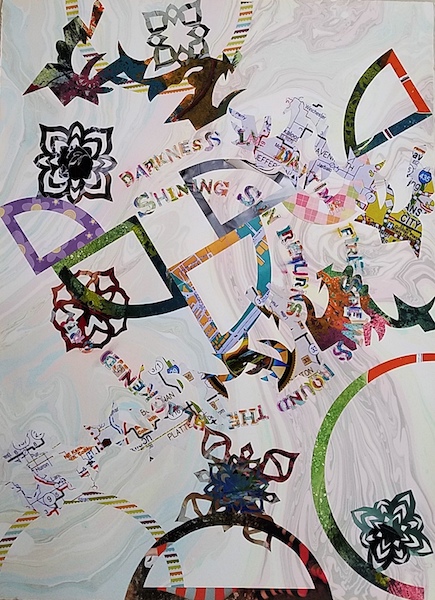 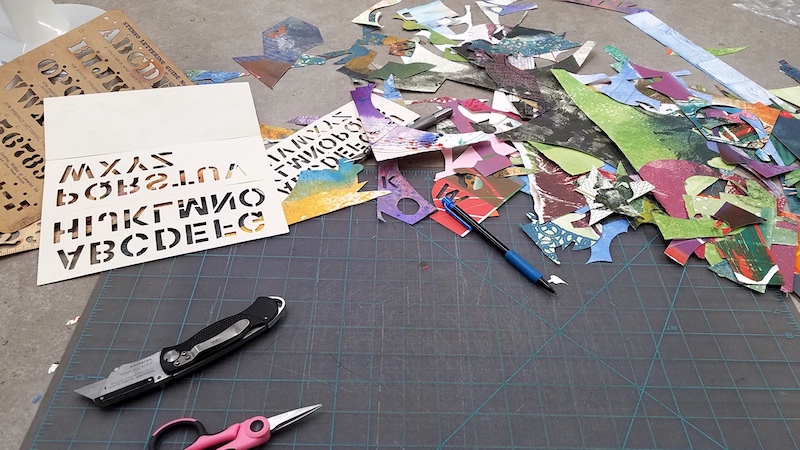 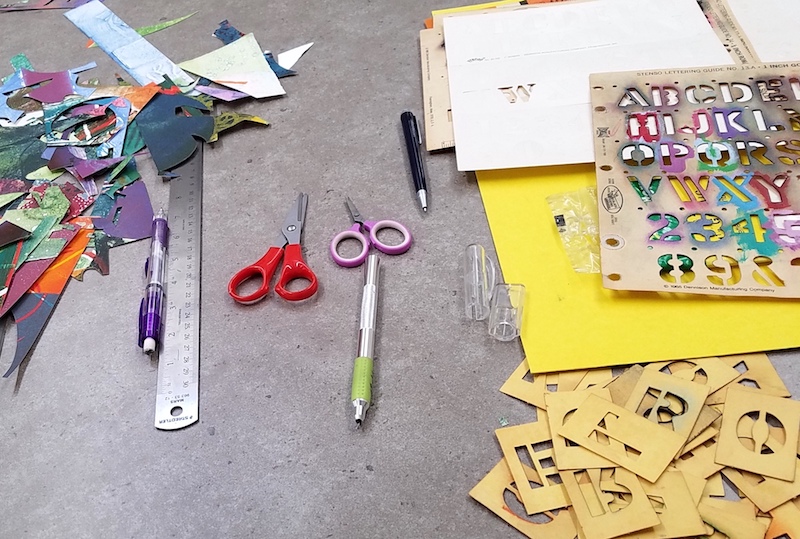 Here are the haiku poems in the collages.

unnoticed till filled by a

in the middle of Charlotte

wishing I were home

spews round the blackened orb

For me, it’s poetry in motion. Let me know what you think or feel and do send a haiku if you haven’t already.