Seven seemed like a good number for the Haiku Collage series. At least for the time being. Before moving on to something else I thought I would publish a blog with the collages completed since the first few described in “The Haiku Project” – December 2018.

If you remember, the project grew out of a desire to combine, as collage, my cut up prints and found paper with stenciled and cut paper words from haiku poems sent to me by friends. The collage was assembled on marbled paper that I made using the suminagashi technique (Japanese). To refresh your memory about the process of layering in making the collage go to December 2018 in the Archives at the side of the blog.

Here are the new haikus, each followed by the completed collage.

For fifteen minutes or less

No charge for parking 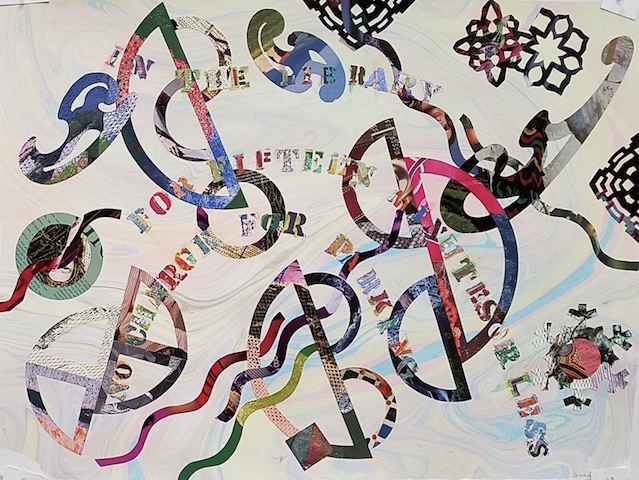 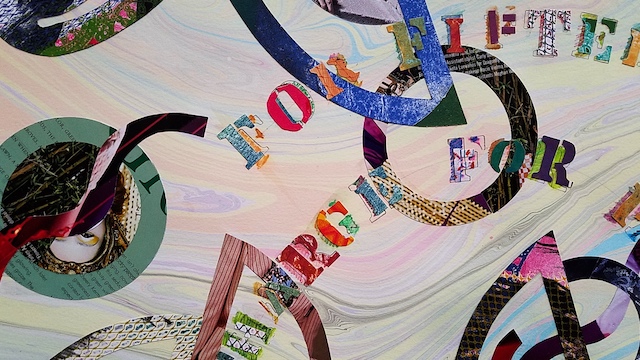 Spreading joy to all 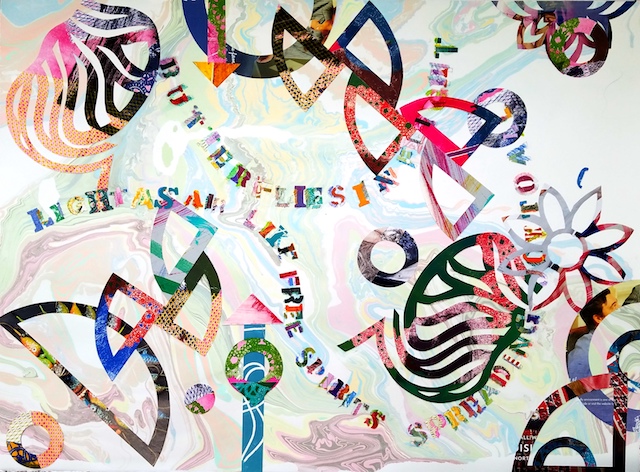 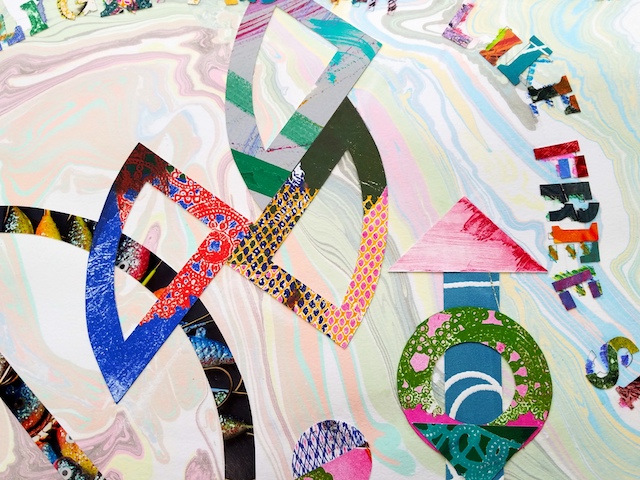 Without your loved ones 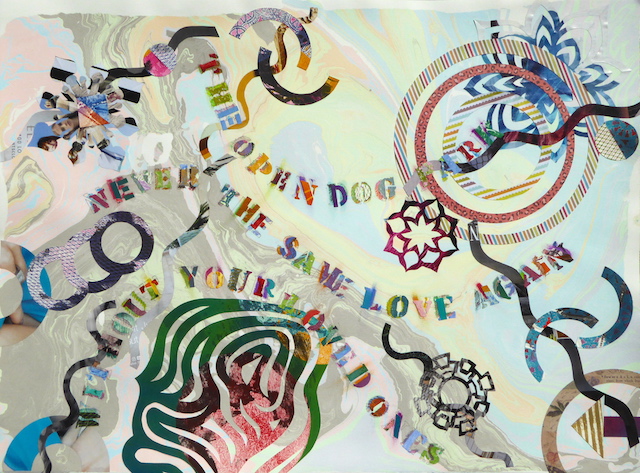 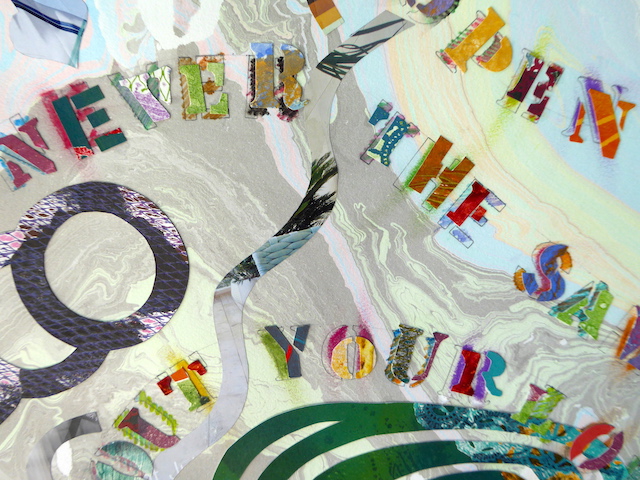 Comfort comes in many forms

Sit back let it in 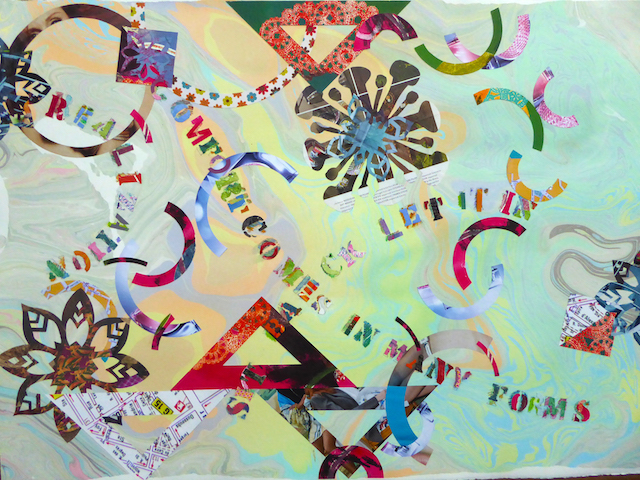 One thought on “The Haiku Project Continues”