It took Stan and me 49 years to finish the honeymoon we started in 1963. We planned to travel from New York to Canada visiting New Brunswick, Nova Scotia and Prince Edward Island. We dilly dallied for too long in Maine, made it to New Brunswick and had to return to New York. We’ve traveled all over the world during the intervening years, including other parts of Canada. We decided it was time to finish the trip started so long ago and are so glad we did.

You’re never far from the water in Nova Scotia. Water and mountains are always a treat for Dallasites. So is green grass sorely lacking in Dallas in August. By the time we got to Nova Scotia the crowds had thinned and we felt like we had the place to ourselves (well, almost).

Our starting point was Halifax, the largest city we stayed in. It has a lively waterfront and boardwalk with tall sail ships to hop on for a harbor cruise or Theodore the Tugboat if you have kids. Theodore was cute but we chose the “pirate” ship SV Mar and with sails raised cruised the harbor . 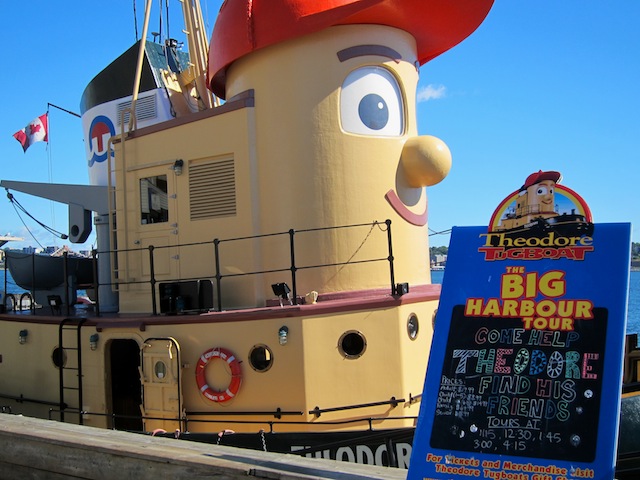 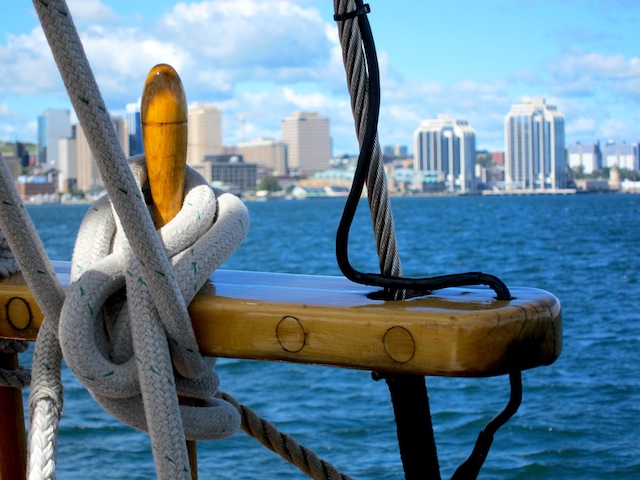 Good roads and good signs got us out of the city and on our way to Peggy’s Cove, a much visited fishing village. It is as picturesque as described in the tour guide, although it probably loses its charm at the height of the summer when the crowds swarm in. Calm water, gently rising hills, and colorful boats are picture perfect. Even the craft and souvenir shops look like they belong. A piper played us a tune. The much photographed Peggy’s Cove lighthouse was being repainted, so no pictures of it from me. 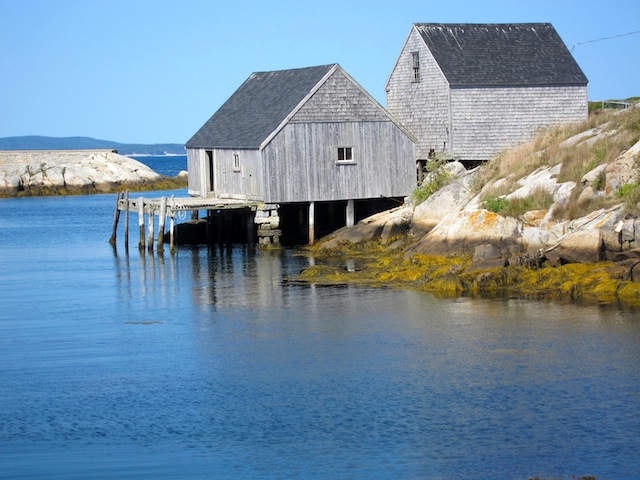 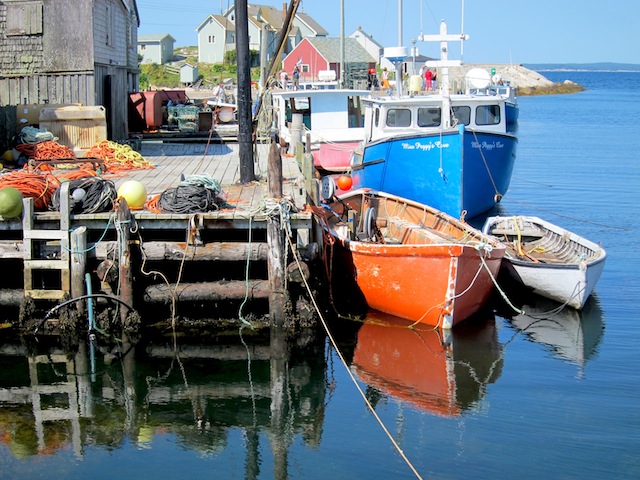 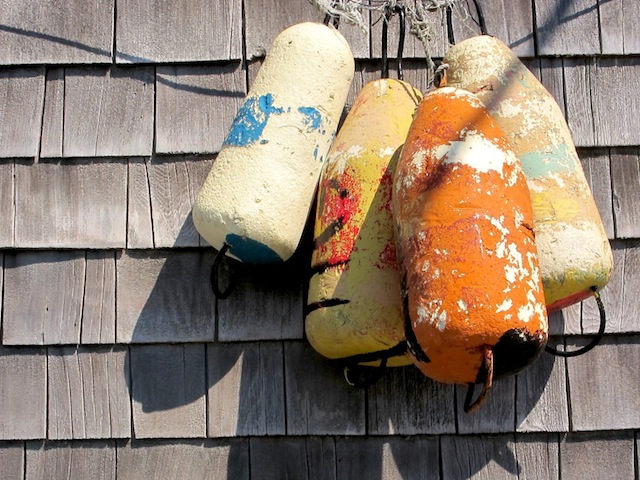 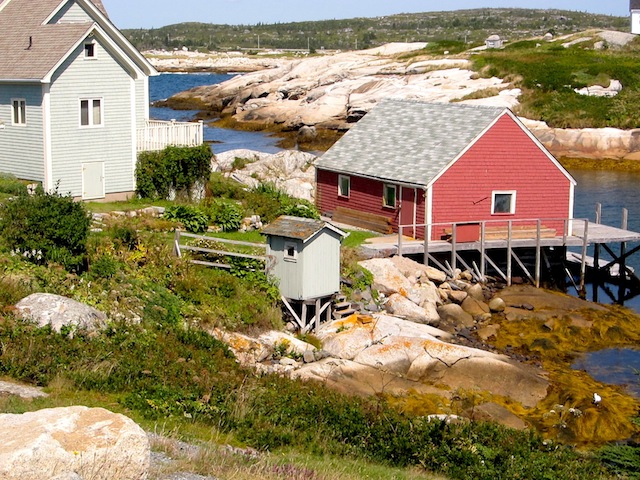 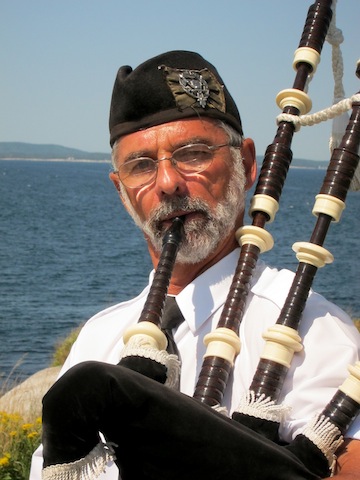 We drove to Cape Breton Island, N.S. anticipating four days of idyllic island charm. We were not disappointed. Our friends Gloria and Mike offered us their 100 year old house in Port Hood on the south western part of the island, a perfect jumping off place from which to roam around. 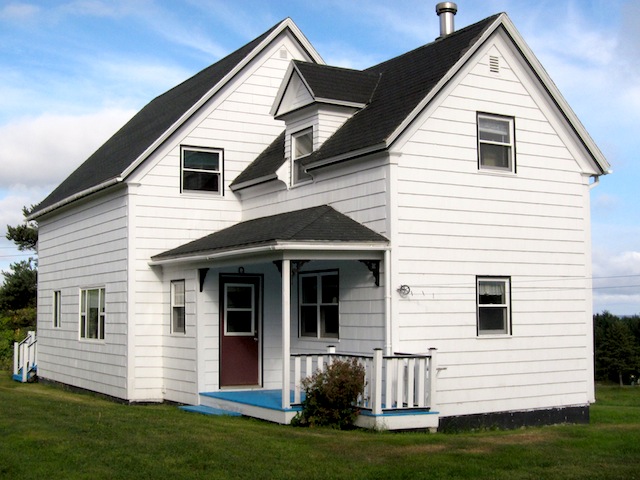 Each day we set out to explore the small towns and sights on the island, eat wonderful seafood (lobster here, lobster there) and listen to Celtic music in a variety of settings. We were eager to drive the Cabot Trail which we had heard so much about. We drove it clockwise from Port Hood going up along the western coast and down the eastern coast. The 185 miles of winding ascents and descents took us through small towns and Cape Breton Highlands National Park. Sunshine, great roads and no traffic made the trip extraordinary.

We stopped at lookouts to take in the views of the hills and water which seemed to go on forever. 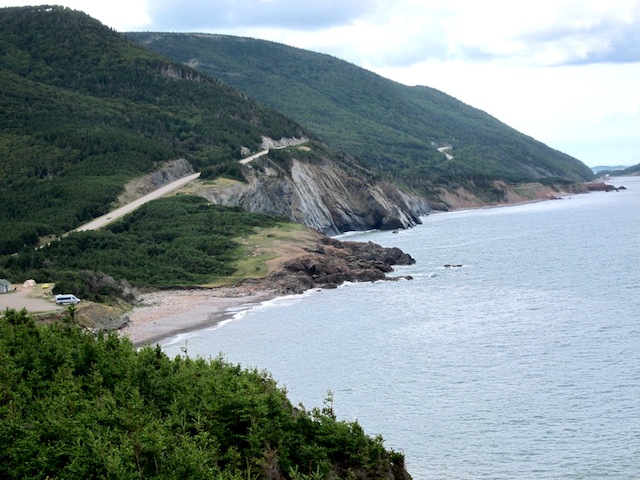 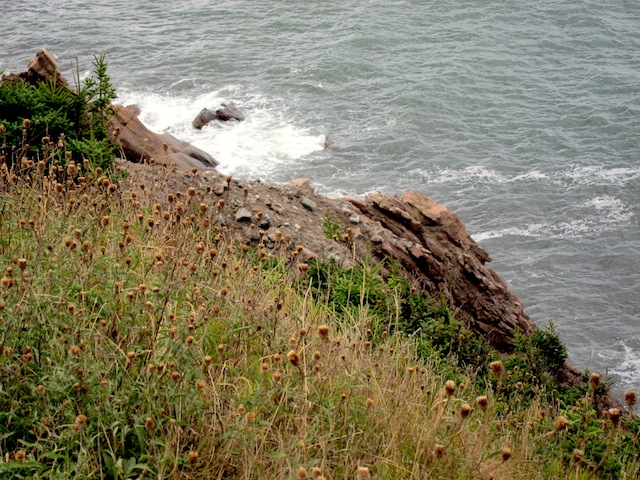 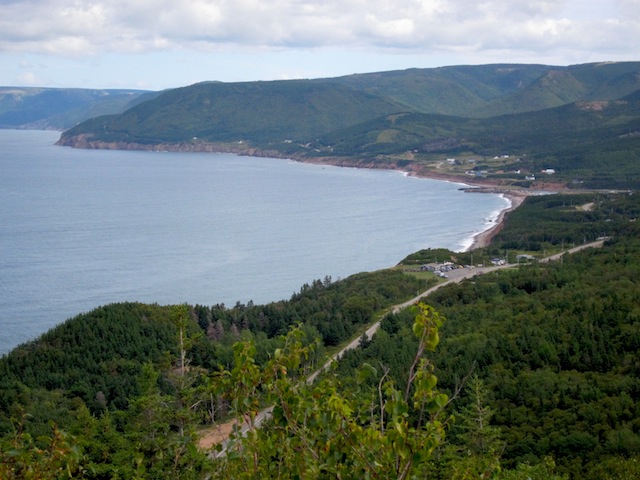 Another day, another excursion, this one to the Fortress of Louisbourg National Historic Park. It is a big deal. The fortress is a reconstruction built on the foundations of the original buildings. Even though only about one fourth has been rebuilt it is huge. It was built by the French early in the 18th century, captured by the British in 1745, returned to the French several years later, recaptured by the British in 1758 who then blew it up. In the 1960”s the Canadian government decided to build it as it looked in 1744. 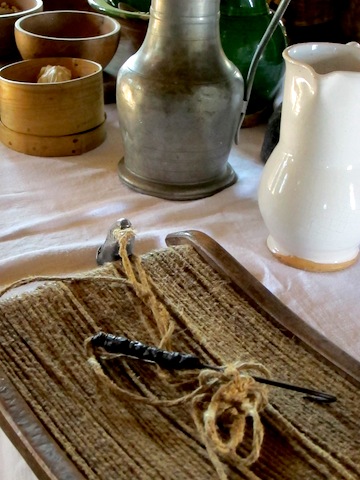 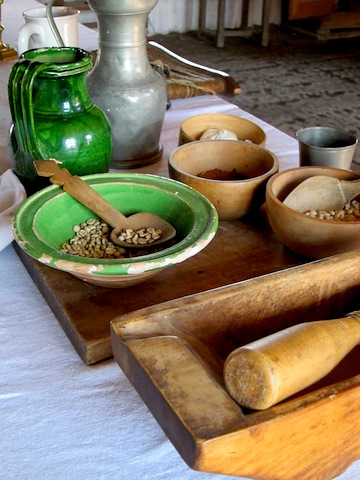 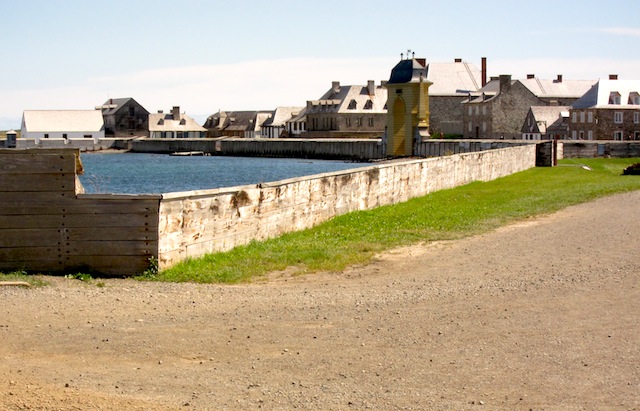 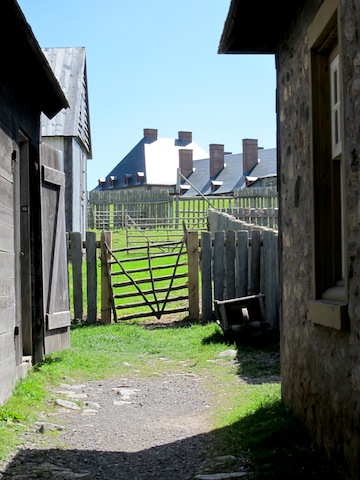 Men and women in period costumes (French) walk around playacting at 18th life. 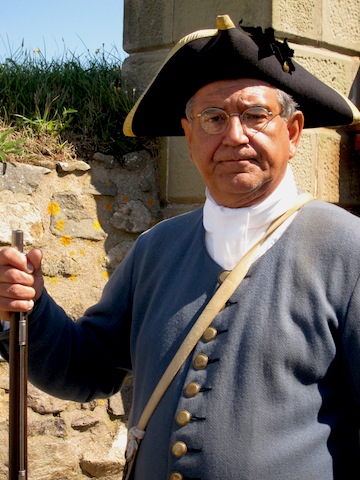 How could we not visit this site? A little history never hurt anyone after seeing beautiful scenery and eating great food. There’s even a lighthouse! 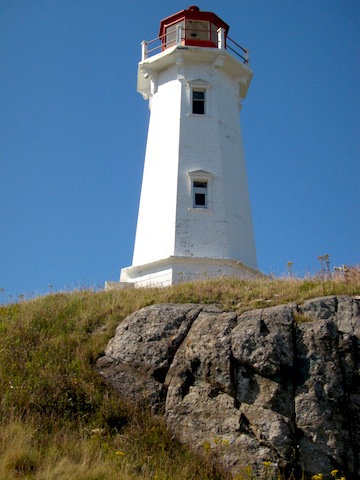 Music is an integral part of life in Nova Scotia, especially on Cape Breton Island. We made it to a square dance (Celtic, not western) and heard fiddlers and pianists play lively Celtic reels and jigs at pubs and gatherings called ceilidhs (pron. k-lee).  All of it toe tapping, hand clapping good. 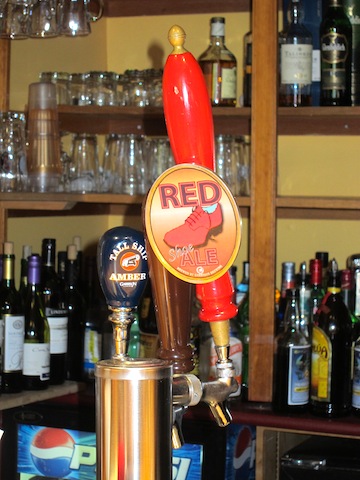 We were sorry to leave Port Hood and will always remember its sand, sea and stunning sunsets. A big thanks to Gloria and Mike. 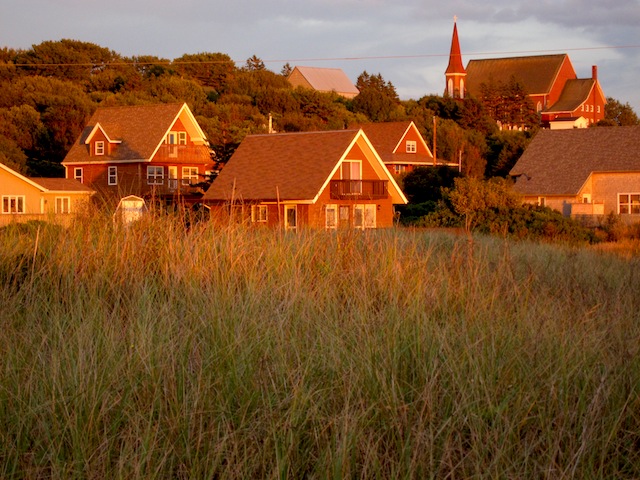 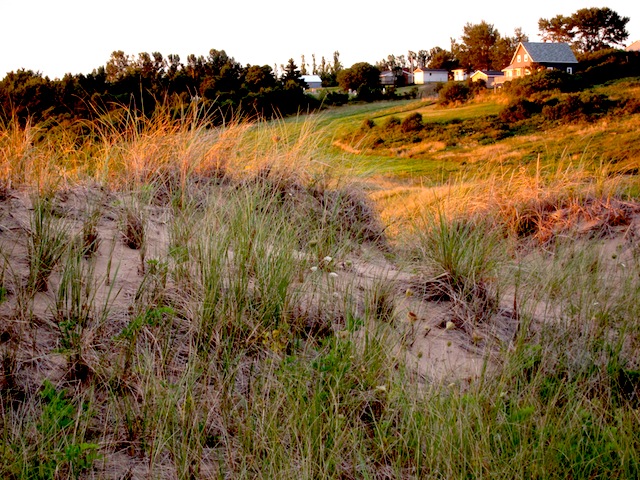 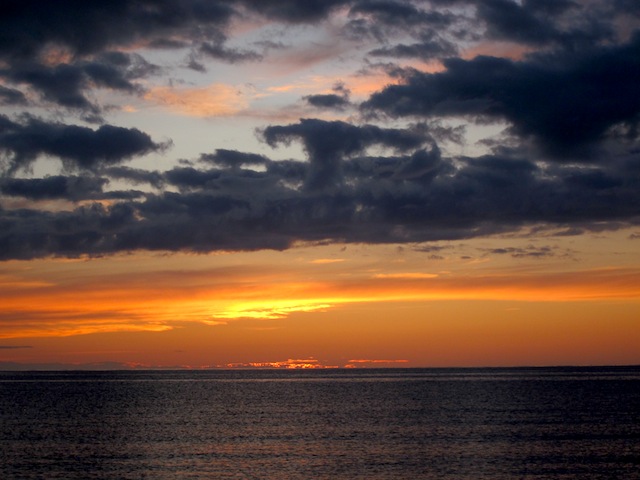 But leave we had to if we were to complete the honeymoon itinerary. So off we went to Prince Edward Island, an easy 75 minute ferry ride away. Then more lobster, delicious no matter where we ate it and P.E.I. mussels, right there on P.E.I. 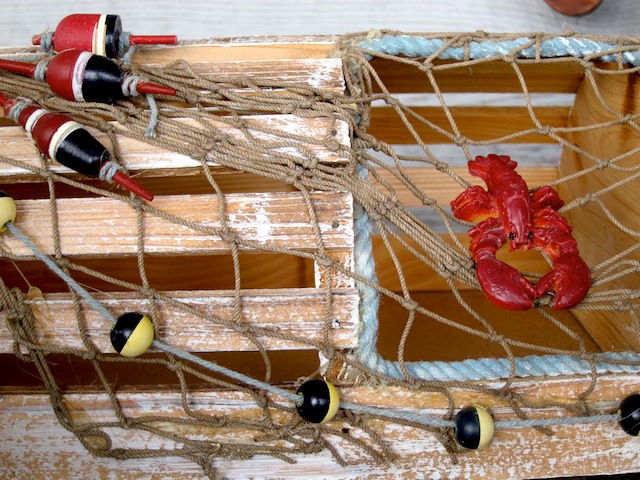 Try Your Luck on PEI

Chips (fries) are as ubiquitous as the mussels since P.E.I. grows potatoes. Yes, we indulged. Cow’s ice cream too, just not all 63 flavors. 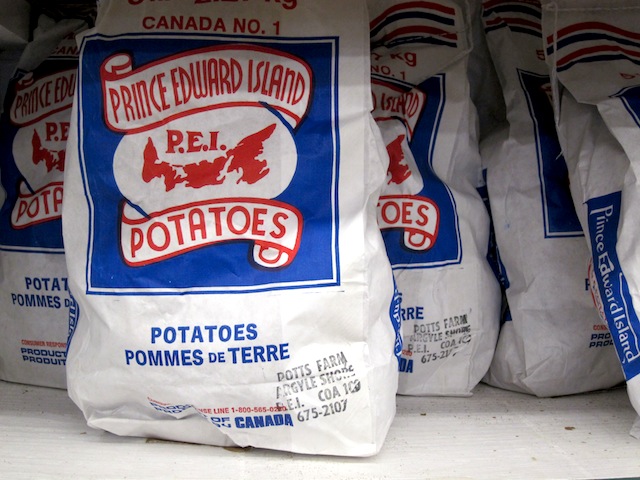 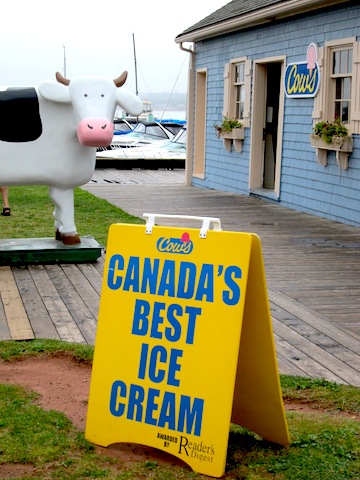 Rain ended our streak of sunny weather, but did not deter us from walking around Charlottetown, our base for two days. It’s P.E.I.’s capital and one of only two “cities” on the island. The sandy beaches and warm water along the coasts are the big attractions all summer long. We drove along the northern part of the Central Coast Drive, stopping in towns along the way and turning off at signs for artist studio’s and art galleries. Some galleries are in unusual places. 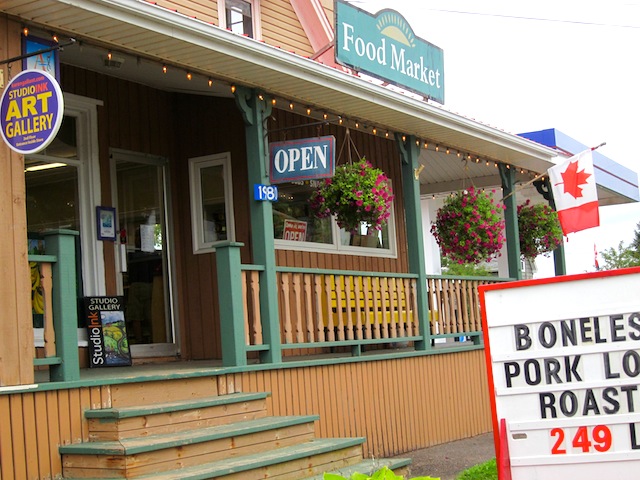 Looking For Art on PEI

We saw a spectacular variety of lush rolling hills with family farms, bays, harbors and empty beaches meant for strolling at summer’s end. 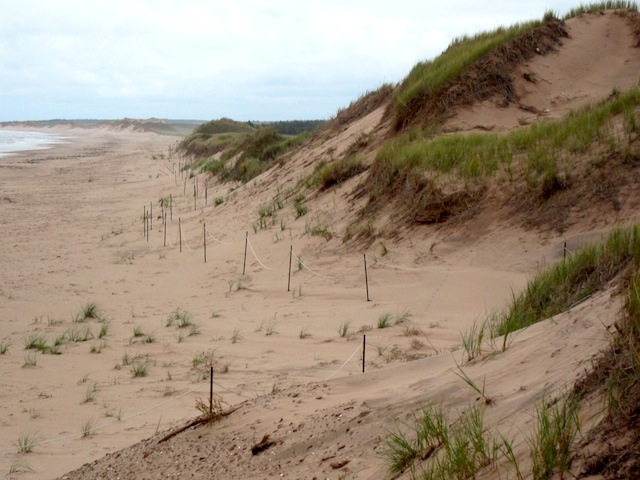 The return trip to Nova Scotia by ferry brought us back to Halifax for the night before heading home.

The trip may have ended, but the honeymoon continues. 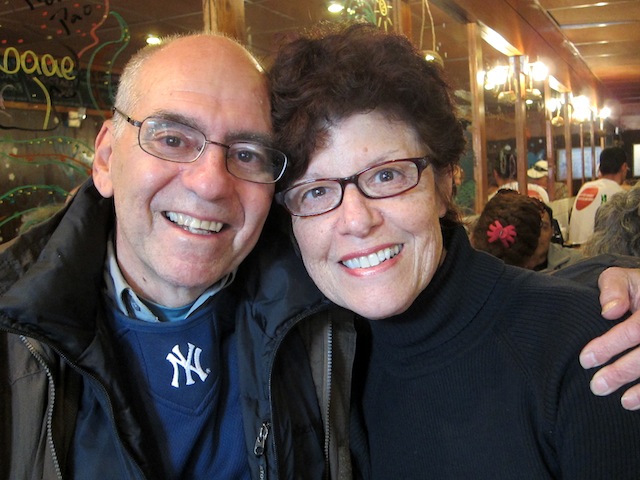